The Three Most Important Qualities in a Trial Attorney 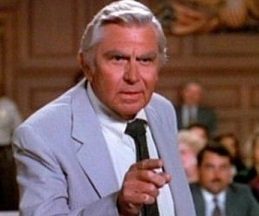 Earlier this month I attended a conference out of state. At the start of one of the panels, a question was posed: "if you had to name them, what would you say the three most important qualities are in a good trial attorney?" Then the panelists actually started to call on people to give their lists! I long ago mastered the art of not getting called on and thankfully I had not grown rusty. Still, the question made me think. What do I think the most important qualities in a trial attorney are?

I have to be honest. If I had been called on during that panel, I don't think I would have come up with a very good list. I'm fairly certain I would have had my own Rick Perry moment. I think this is primarily because I would have a hard time distilling all of the great qualities I have seen in other litigators into only three main ideas; especially on the spot. Of course, an ability to think on your feet could be one of those qualities...

The point is that it got me thinking and after taking some time, here is my best effort to name the three most important qualities in a trial attorney with an honorary fourth to be explained at the end.

Notice I did not say "knowledge of the law" or "ability to rattle off citations from memory." You can never know enough law for immigration court. It is too big. Do not let anyone tell you otherwise.

The fact of the matter is you gain knowledge of the law through preparation. You memorize cases and concepts as you brief them. You begin to understand how evidence can relate to the law and concepts as you organize it. No amount of studying can take the place of working your ass off to get ready for a hearing just like no amount of talking at your client is going to prepare her to take the stand. You have to practice.

That creepy lion and the Boy Scouts were right. Always be prepared.

When in court, you are playing with live rounds. The situation can change instantly and you have to be ready to respond. Thorough preparation is always better than an encyclopedic knowledge of the law because it places you in the best position to be able to respond to changing circumstances.

Without a doubt, knowledge of the law is one component of preparedness, but such knowledge will not help you with unhinged opposing counsel, an impossible to read judge, a nervous witness, or the exclusion of some of your evidence following opposing counsel's objection.

The ability to handle the ever shifting reality in any court hearing boils down to how well you prepared yourself for the myriad of possibilities. You cannot prepare for everything, but you can prepare for most things and doing so puts you in the best possible position. Mock testimony with a witness, identifying the weakest points of your case, collecting intel on a new immigration judge (or even a regular immigration judge), and briefing your arguments in advance of the hearing put you in the best position to succeed regardless of what happens during the hearing.

Courage to do the Right Thing

Why not fearlessness? Personally, I feel like anyone who goes into a courtroom without feeling at least a twinge of fear or nervousness is an idiot. A lot of things can happen in a courtroom and most of them are bad. That should scare you. If it does not, that concerns me.

One of my favorite John Wayne quotes is: "Courage is being scared to death - but saddling up anyway." It is a great quote, especially for litigators. We often times have to do things that are not comfortable. That could include standing up to a judge, enduring personal and professional criticism from adverse parties, or dealing with hostile witnesses. 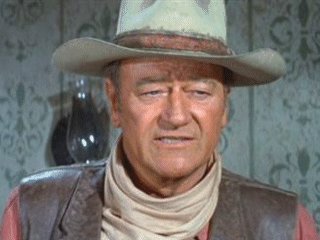 Appropriately dealing with these and other stressors in order to build the best possible record requires courage. Sometimes it is just easier to keep your head down and hope for the best. Trial attorneys and some immigration judges routinely bully defense attorneys and it takes a lot of gumption to resist. Courage to what is required despite fear and despite the opposition is an absolute necessity in immigration court.

Even when well-prepared and courageous, there is no reason to be a jack ass. No one is perfect and no matter how good you are, there is always someone better. Always. It is just better to recognize that reality than to force life to prove it to you.

When I was a law clerk, I had the privilege of watching one of the top litigators in the state in trial. This individual was a professional's professional. Not once did I hear him raise his voice or bulldoze his opposing counsel or even the opposing party and their witnesses. He treated everyone with respect. I cannot say the same for the opposing counsel.

Regardless, after the hearing, I remember him approaching opposing counsel and while shaking her hand, he said "Ms. X, it is always a pleasure working with you." More importantly, he both looked and sounded like he meant it.

Humility is not synonymous with weakness. Instead, humility requires real strength. It is so easy to lose one's cool in trial. This maybe even more true in removal proceedings, where the whole system is set up for us to fail. Despite all the justifications one might have, getting angry or otherwise making the case about our own personal emotions rarely makes for a successful strategy.

At the end of the day, these hearings are not about us as litigators. They are about our clients. This is their chance to be heard. It is their chance to have the richest, most powerful entity in perhaps the history of the world, the U.S. federal government, take a pause and hear them out. We may be their mouthpiece, but it rarely benefits them when we demand the spotlight.

Humility also helps in the sense that as we know and accept that we do not know everything, we can become more open to new ideas, new arguments, and new strategies. The most successful attorneys I know learn from everyone around them, be they good or bad litigators. Every interaction is an opportunity to add something new to our arsenal. We just have to be humble enough to be able to do so.

All three of these qualities, preparedness, courage and humility share one trait in common: perseverance. The current immigration scheme is designed to grind immigrants and their attorneys into the ground. This is beyond any rational doubt. The system is a grind and, if we are not careful, we can be flattened.

By persevering despite the opposition, we can push through the grind, prepare ourselves and our clients, stand up to our fears, and identify how we can improve. Along the way, we may even win some cases.

At the end of the day, I would take a young attorney who is willing to put forth the effort to prepare, has the courage to stand up for a client despite the opposition, and possesses the drive to improve over any other attorney.

Nathan Bogart is an immigration attorney at Bogart Immigration, PLLC. He focuses his practice exclusively on immigration law, with a particular focus on removal defense, family petitions and humanitarian options.