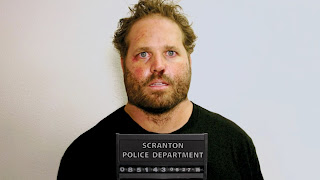 Siniauskas does not look kindly on DWIs...

This February, the Board published its decision in Matter of Siniauskas, holding:

(1) In deciding whether to set a bond, the IJ should consider the nature and circumstances of the respondent's criminal history, but family and community ties generally do not mitigate the danger he or she poses to society; and
(2) A DWI is a significant adverse consideration in determining whether a respondent is a danger to the community in bond proceedings. Matter of Siniauskas, 27 I&N Dec. 207 (BIA 2018).

In other words, having a family to care for and being an overall good citizen should not outweigh an applicant's criminal history and having a DWI is a particularly bad kind of criminal history. Id.

This lengthy DUI history was too much for Siniauskas to overcome. The Board found that having multiple convictions for the same conduct undermined any claims of rehabilitation. Id. at 210. Under those specific circumstances, he was found to be a danger to the community and the $25,000.00 bond the IJ had granted was cancelled. Id.

My feeling is that the value of the decision in Siniauskas is the analysis it provides regarding a respondent's burden to demonstrate he or she does not present a danger to persons or property. This is discussed in a litany of previous Board decisions, including Fatahi, Adeniji, and Urena. These are not all good decisions for us as private practitioners and they suffer from the Board's continuing tendency to allow the persistence of vague, undefined legal standards.

While Siniauskas also does not escape from the same criticism, it does teach us, as practitioners, how to communicate more effectively with the courts. For example, in its analysis, the Board went to un-related Supreme Court decisions, such as Begay v. United States and Birchfield v. North Dakota to establish that "[d]runk driving is an extremely dangerous crime" and that it claims "thousands of lives, injuring many more victims, and inflicting billions of dollars in property damage every year."

Researching how previous courts, at any level, have treated a specific crime, can help us as a private bar to present a better argument that certain conduct does not present a danger to persons or property, essentially inverting the Board's argument in Siniauskas.

More interestingly, while the Board's decision seems to have been interpreted as carte blanche to deny bond whenever a respondent has a DUI in his or her criminal history, the Board makes clear that such an interpretation is not appropriate.

In rendering the decision, the Board reminds that "[i]n bond proceedings, it is proper for the Immigration Judge to consider not only the criminal offense but also the specific circumstances surrounding the alien's conduct." Siniauskas, 27 I&N Dec. at 208 (italics added). While a DUI is a "significant adverse consideration," it should not be relied on as a shortcut to deny bond in every case where the respondent has a DUI on record.

Attorneys should argue that Siniauskas stands for the proposition that the court should be looking at all of the circumstances of a respondent's matter, not just whether a DUI or other specific crime (excluding those referenced in 236(c)) was committed.

Distinguishing Siniauskas from Our Typical Cases

Siniauskas is factually distinguishable from most bond matters involving DUIs. The facts as related by the Board paint Mr. Siniauskas as a serial drink-and-driver. It is hard to argue otherwise. He had been arrested for DUI on four separate occasions. He was convicted three times and we can presume he was not convicted the fourth time because, in part, he was detained by DHS. Three of the incidents involved an accident. A clear pattern of conduct had been established.

In most cases we see, a respondent has one, maybe two DWI arrests. Often times, the DUIs occurred years ago prior to the respondent starting a family and finding religion. Rehab has been conducted or the respondent has ceased drinking to avoid future legal problems.

Any factual difference between a respondent's situation and that in Siniauskas needs to be hammered home as repeatedly as the IJ allows, preferably in a brief in support of the bond motion and submitted to the court prior to the hearing.

Regardless of the weakness of Siniauskas, our office has yet to see a single bond approval where a DUI is present in the record. Oddly though, I have yet to hear an IJ cite to Siniauskas when denying bond. Truth be told, we were not receiving many such approvals before Siniauskas. In our neck of the woods, it has been some time since IJs were granting bonds in cases involving DUIs.

We have some cases lined up where this could become an issue and it will be interesting to see how the issue develops through subsequent litigation. Siniauskas is very young.


Nathan Bogart is an immigration attorney at Bogart Immigration, PLLC. He focuses his practice exclusively on immigration law, with a particular focus on removal defense, family petitions and humanitarian options.