At EOIR's roundtable discussion at the last month's AILA national conference, they referenced a proposed rule amending the regs to allow for attorneys to enter their appearance on behalf of a respondent for bond proceedings only, without having to worry about being the attorney of record for the length of the respondent's removal proceedings.

The federal registry summarizes the proposed rule as " [t]his document proposes to amend the Executive Office for Immigration Review (EOIR) regulations relating to the representation of aliens in custody and bond proceedings.  Specifically, this rulemaking proposes to allow a representative before EOIR to enter an appearance in custody and bond proceedings without such appearance constituting an entry of appearance for all of the alien's proceedings before the Immigration Court." The full deal can be found here.

The rule is not official yet.  EOIR is currently formulating a final rule in response to the public comments the agency received during the notice and comment period.  I don't know when the final rule will be available and the EOIR representatives at last month's round table did not give a specific date, although they made it sound like the publication of the new rule was imminent.

Until then, it is important to remember that once you turn in those two pieces of green paper, you are on the hook until a motion to withdraw or a motion for substitution of counsel has been approved.  It does not matter if your client stops paying you or disappears or fires you or you were only hired for the bond hearing or whatever..... 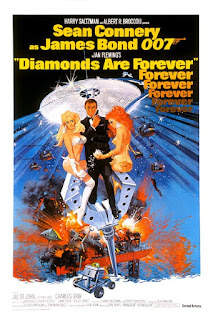 
When you are the attorney of record in removal proceedings, you have an obligation to appear for any and all scheduled hearings, to comply with all deadlines and to keep the court informed.  I don't really like that.  I've had clients disappear, leaving me with no ability to track them down, but them's the shakes. At least until this new rule gets published.

Now if they could just get rid of that refusal to recognize firms and stop making me file an EOIR-28 just because I'm covering for a co-worker on vacation......
bond hearings EOIR EOIR-28 Executive Office for Immigration Review Immigration Court Practice Manual