Is that true?  I don’t know.  Bankruptcy, social security and federal criminal defense do not exactly seem easy to me either.  One time I tried to prepare my own tax returns and after about 30 minutes my head wanted to explode, so I suppose if immigration really is the second most complicated it is by a long shot.  Either that or I’m a one-trick pony….

You don’t have to spend a lot of money

You do not have to spend thousands of dollars on AILA books if you want to learn about how to become a competent removal defense practitioner.  You also do not have to be able to quote the INA or have memorized every important BIA decision ever.

Not that those things hurt…I just don’t know how you would have a life and also have the INA memorized.  If you have both, kudos to you. 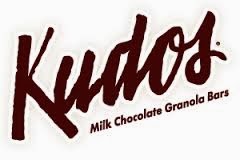 So what do you need to know?

For starters, you need to know where the court is.  As obvious as this sounds, I once had a master calendar hearing in a town I had never represented someone in before.  Because most of the immigration courts I had been to personally had been in a federal building, I went straight to that city’s without even double checking the address.  I figured out my mistake pretty quickly and made it to my hearing on time, but I felt like an idiot, arrived all disheveled and almost arrived late to my hearing.

It is pretty easy to find your immigration court.  Just google “EOIR your city” or go to the website of the Executive Office for Immigration Review (EOIR), find “Action Center” and click on “Find an immigration court.”  Easy peasy. 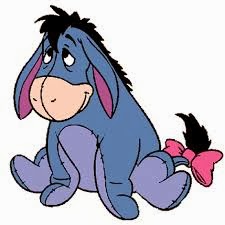 EOIR wants you to find them

You also need to have a working knowledge of who everyone at the immigration court.  You need to know what an immigration judge (IJ) is, what authority he or she has and what kinds of decisions he or she can make.

This may sound simple, but I have heard attorneys, on more than one occasion, ask the IJ to approve a U visa petition, continue a hearing in anticipation of immigration reform, close proceedings because their clients are “really good people” and other equally ridiculous requests.

You also need to know that the “prosecutor” is actually counsel for immigration & customs enforcement (ICE) an agency of the U.S. Department of Homeland Security.”  You need to know that he or she represents the interests of the federal government in your client’s removal proceedings.

Most importantly, you need to know what a Notice to Appear (NTA) is.  At a master calendar hearing, the IJ will expect you to address the allegations and charges as contained in the NTA.  If you do not know what an NTA is, as one attorney in my area recently did not, things will get really embarrassing, really fast. 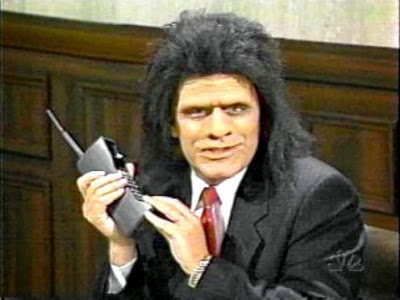 I'm just a caveman...but I know what an NTA is.

Once you learn what an NTA is, you need to learn how to respond to it.  What are you really doing when you admit your client is not a citizen or national of the United States?  When should you deny allegations or charges of inadmissibility contained in the NTA?

These are issues for another post, but you need to get familiar with them.  Don’t be that lawyer other lawyers laugh at for not knowing what the NTA is or for requesting a continuance based on the prospect of immigration reform.  Think about these things before moving forward.

Beyond that, you really need to familiarize yourself with the Immigration Court Practice Manual.  While not 100% binding 100% of the time, the practice manual is one of the most reliable sources you have for navigating the life of any removal proceeding.  In addition to explaining the roles of each actor, the practice manual instructs all involved about how to file motions before the court and what kinds of motions the court entertains.

The manual explains how filings should be organized.  It contains great examples of motions and other filings.  It really is part of the canon of removal proceedings.

Who out there wants to have their filings rejected when they’re up against a deadline because a two holes were not punched at the top of the filing, or because a motion was a compound motion?  Not me.

I would go so far as to recommend reading the entire practice manual at least once per year.  I would also recommend that you refer to it regularly when preparing filings with the court.

Familiarize yourself with the forms of relief that are available

You really cannot defend someone from removal unless you know what options are at your disposal.  There really are not a lot of options for someone looking to get out of removal proceedings.

Again, you do not have to spend a lot of money or read thousands of pages to figure out the basic forms of relief at your disposal.  EOIR has made public some fairly good resources for your perusal.

First, EOIR has published a fact sheet about forms of relief from removal.  So have other agencies, such as this niftychart from the New York State Defenders Association.

EOIR offers much more on their website, through EOIR, you can also access a virtual law library, which is a pretty good resource, as well as the immigration judge benchbook, a collection of fantastic resources touching on virtually every potential relief from removal as well as model decisions and other instructions to immigration judges.

Familiarize yourself with all forms of relief from removal before taking on your first client, and you will be prepared to adequately advise concerning any way he or she may, or may not, be able to remain in the United States.

Know the basics and go from there

You just need to get informed before moving forward with a removal matter.  The best thing is that most of this information is free.  EOIR wants good removal defense practitioners.  While some IJs can be really cranky towards immigration attorneys, the fact of the matter is that a good, well-prepared immigration attorney makes an IJ’s life easier.

Still, this is not all.  Stay informed by participating in CLEs, listening to podcasts and studying any and all resources you can get your hands on about removal defense.

If you are near an immigration court, just go and watch for a few hours several times.  I still do this occasionally.  It helps me better understand the process, the judges and what does and does not work.


There is a shortage of good removal defense practitioners in the world.  Still, it is not a practice area you can just walk into.  Familiarize yourself with the basics, and be ready to get your hands dirty.  You’ll be intellectually challenged, emotionally exhausted, and most importantly, providing an important service to both the government and countless clients who, without you, would stand little to no chance.